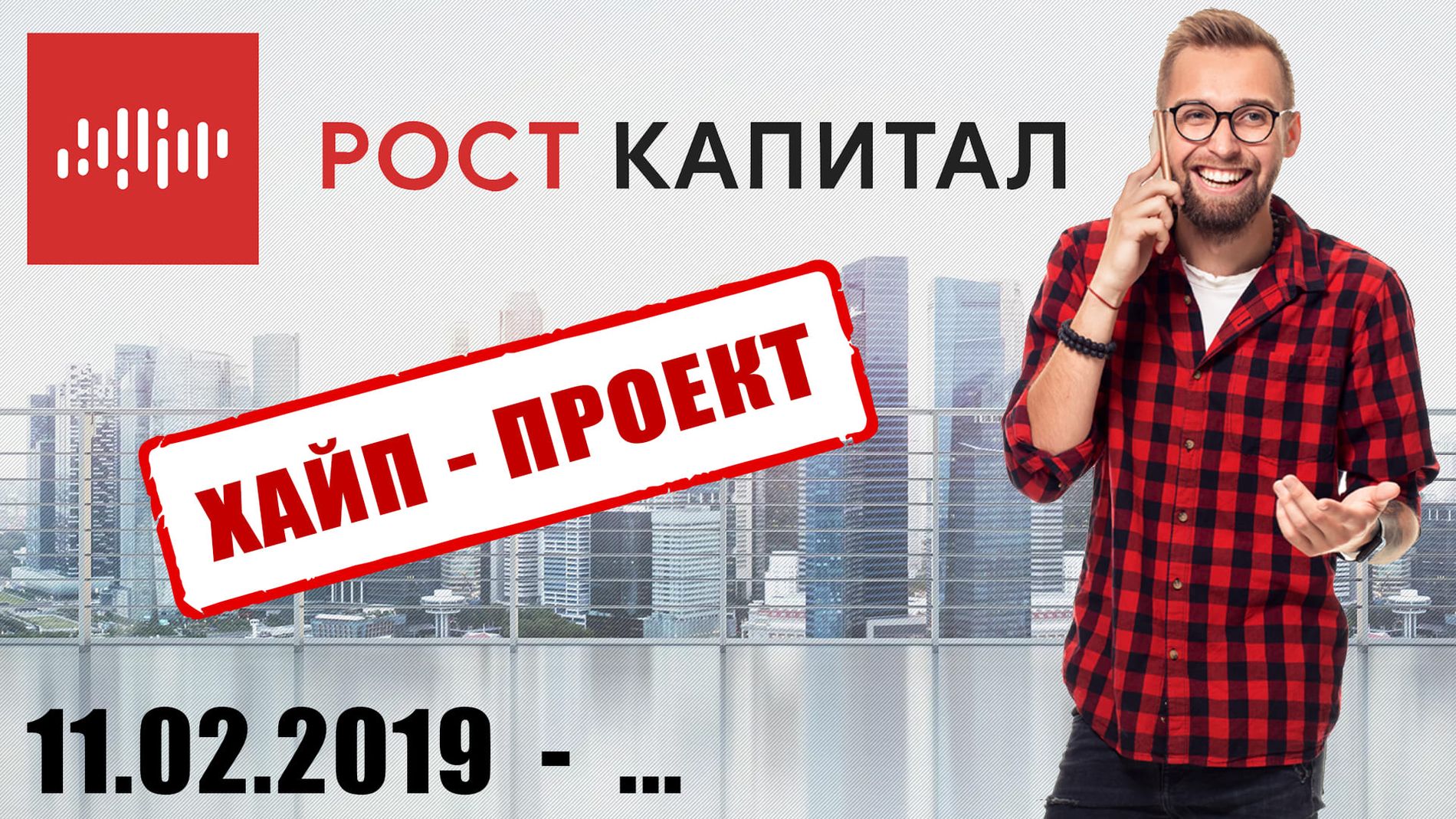 Today we will break down the bricks fresh pyramid scheme. Meet the novelty in the market of scams "GROWTH CAPITAL".

Almost thirty years have passed since Russia became a free democratic country that defeated socialism. It seems already absolutely everyone knows that in the pyramids and scams you can only earn hemorrhoids on your head but as bequeathed Mr. Mavrodi " Loch is not a mammoth, Loch will not die out." How many people Pro...whether their blood in MMM, how many stepped on the same rake in MMM 2012. It would seem, well, enough is clear already that if you promise more than 15% per annum it is a porce but no, it turns out Mavrodi was right and suckers still regularly carry their blood in the pyramid, and some particularly gifted take loans and make this money there and while suckers are in Russia scams will appear quite often. One of them is a fresh pyramid "GROWTH CAPITAL".

As we have already said, there is a promise, namely, "GROWTH CAPITAL" promises one hundred percent capital protection and a real yield of up to 45% per month.  Both promises are lies. If you invest money anywhere, the brokerage office prescribes its risks in the contract and does not give any one hundred percent guarantees, and about the banks, even if the Bank participated in the Deposit insurance program, the maximum amount that you can return to yourself after a while is one million four hundred rubles. One hundred percent guarantee does not give anyone. A profit of 45% per month, you ask any person who somehow understands investments, but it's just not a real profit calculator. Let's say you want to invest 500 rubles for 7 days in shell shares, your net profit will be 50 rubles, and now the question is, how do these miracle investors know that shell shares will grow by ten percent in 7 days? The answer is simple, they don't know! And tariff plans differ only in name and how much you are willing to give the Scam. And why is the tariff plan of LUKOIL more expensive than the tariff plan of Apple? After all, LUKOIL shares are worth about five thousand rubles apiece, but Apple shares are about $ 170 apiece besides, what can be the profit from Apple shares if they have recently fallen from 240 to 170 dollars. And the names are only because any schoolboy knows the name of the famous brands coca-cola, shell, LUKOIL and Apple.

We happened to mention about the school. After all, the main audience of such scams is just schoolchildren and young mothers in decrees. These are the two most gullible categories of citizens who know how to use the Internet and such scams order advertising from bloggers with the appropriate audience. Hence the minimum threshold of 500 rubles. Mom's businessman will easily save money on dinners in a week and invest in a promising project, and then again and again and again. There would be no "trouble" for them if they did not make a mistake on the first page of the site. We have just learned that the minimum amount of investment is 500 rubles, going through the main page of the site just below we see that the investment is from $ 10. I wonder at what rate they are counting? And after all today 10 dollars this not 500 rubles, and all 660 rubles. The fifth and final proof of the pyramid is a referral and it is on the site.

We go to the contacts and see the registration documents saying that the company in Russia was registered on February 11, 19. And where is our pyramid registered? Of course in offshore zones, Australia and England.

Without scruple, "GROWTH CAPITAL" claims to be engaged in trading shares on the site of Alpari where they, by the way, do not even know.

We did not find anything criminal in the user agreement except for paragraph 35, which States that the company can change the user agreement at any time and it becomes effective immediately from the moment of publication and the user himself is obliged to monitor all these changes. At any time, the agreement may appear point in which you will not see absolutely no money until the moment until you attract referrals to the pyramid. For example, 100 thousand rubles and this is one of the features of the HYIP pyramids about which are silent.

After going to youtube and typing in the search for "GROWTH CAPITAL" we see a bunch of videos that praise "GROWTH CAPITAL". They tell about the withdrawal of funds, there is even a video that was filled in on February 2, 2019, we remind you that the date of registration of the company is February 11.

Whether the company acted without registration or it is a porce and fake advertising. Draw your own conclusions!

We are a young company but with a lot of experience gained in the process of active work on the Internet. The experience of our company was built on both positive and negative results, not without it.

To make mistakes does not mean to be stupid, not to use someone else's positive experience and not to avoid the "pit" means to be stupid.